I like fishing, but building a web page about fishing isn't as entertaining. Since you took time to click on the link, though, here's a picture of a big fish and a couple of fish stories.... 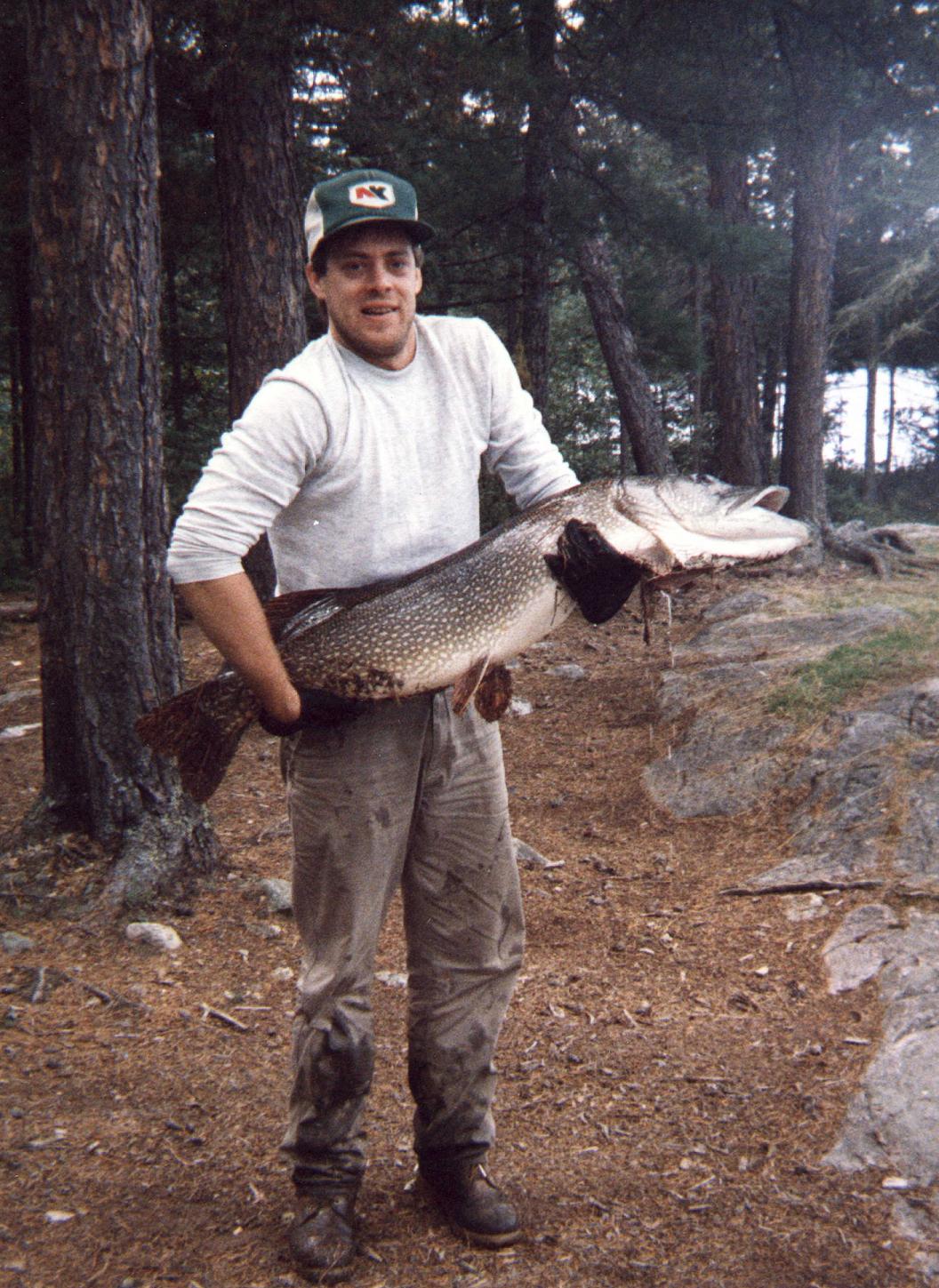 I caught this 48" Northern in the Quetico canoe area of Ontario. We were paddling through a little lake called Walter - which became the nickname for this fish. We were more paddling than fishing, but I was dragging a lure - just because. The line stopped dead and I assumed I had snagged the bottom. We backed up the canoe and I started jerking the rod to free the lure. Apparently Walter didn't much care for that and decided to run, making the drag on my reel sing... I watched the line strip off the spool until I was worried it would run out. With only 6lb test line, though, there wasn't much to do except paddle after the fish and hope she would quit her run. She came to rest and I started pulling her up. Just as she broke the surface, "zing-ng-ng-ng" screamed the drag as she dove back to the bottom. I hoisted her up several times, and she dove right back to the bottom several times. It was an entirely vertical fight after her initial run. This went on for a good 20 minutes before she tired and I brought her alongside the canoe. At that point, I quickly determined that the little trout net we had would be of absolutely no use in landing the fish. We paddled over to the nearby shore, took a few quick photos, and returned Walter to the water to fight another day.

Some other nice fish I've caught include a 30" Walleye (~10 pounds) caught on Malberg Lake in Northern Minnesota's Boundary Waters Canoe Area. No cameras on that trip, so you'll have to take my word for it. As a matter of fact, all of our stuff was stowed in the packs, so I laid the fish on a paddle and made a notch with a pocket knife. We measured that when we set up camp later that day. That fish was returned to the water. Another nice fish from the BWCA was turned into lunch. That one was a 5 pound "splake" caught on Rose Lake. None of us had ever seen a splake before and thought it was a brook trout - which would have been remarkably large for this area. Later research convinced me it was a splake, which is a cross between a brookie and a lake trout. Still not a bad fish. Again, no camera on the trip, but the fish tasted good anyway.

Always have great fishing on the annual fly-in trip we take through Rusty Myers Flying Service and CanoeCanada.